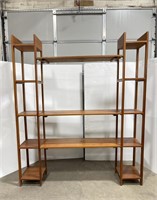 Day 1 - November 4th, 9AM MDT Day 2 - November 5th, 9AM MDT
Roger McCarthy served 30 years in the CIA (1952-1982). During his tenure, he held several positions including Case Officer, Regional Officer in Charge, Deputy Chief of Station and Chief of Station. He served in numerous countries: Japan, Thailand, India, Nepal, Vietnam, Peru, Burma and Laos. He was one of the early and few paramilitary trainers that trained many foreigners for a variety of operations. These operations took place in Indonesia, Korea, Tibet, Vietnam & Laos. Most notably, Mr. McCarthy headed a top secret CIA Tibetan Program called "ST CIRCUS", in which the group trained Tibetan Freedom Fighters in paramilitary and intelligence gathering techniques in preparation for parachuting them back into Tibet in order to conduct operations against the Chinese communist forces. In 1959, Tibetan trainees were primarily responsible for the dramatic escape of the Dalai Lama out of Tibet and into India in order to prevent the Chinese from kidnapping him. These trainees became the Dalai Lama's personal escort to freedom. People later claimed that the CIA were responsible for the Dalai Lama's escape, but McCarthy insisted that was not the case. He clarified this in his history Tears of the Lotus. According to McCarthy, in 1959, the situation in Lhasa (Tibet's capital and the home of the Dalai Lama), was dire. It was surrounded by 40,000 PLA Chinese troops. They made every indication that they were preparing to kidnap the Dalai Lama. It was the Tibetans, previously trained by the CIA, who took it upon themselves to sneak the Dalai Lama out of Lhasa under the cover of darkness and devise an escape route to India. During the journey, the Tibetan radio team contacted the CIA. The CIA asked if Indian border officials had been advised ahead of time. They had not. It was only then that the CIA assisted in a crucial way. They were able to get the Indian government to approve asylum for the Dalai Lama, prior to his arrival. This was crucial, since by that time, the PLA were in hot pursuit and were only one day behind His Holiness. Any bureaucratic holdup at the border would have allowed the Chinese enough time to catch up with the Dalai Lama, kidnap him and kill him. The items for auction were collected by Mr. McCarthy during his travels abroad. The majority of these items are not only authentic, but they are very old and some of their origins are unknown. Some of these were given to Mr. McCarthy by various foreign government officials.
Bidding Notice: Please read Terms & Conditions before registering.

ALL SHIPPING IS HANDLED IN HOUSE.

Auction Notice: We will make every effort and put forth our due diligence to attempt to properly describe and represent items, however all items are sold on a buyer discretionary basis. Once a lot has been purchased, there are no returns or exchanges of any kind. Local pickup begins the first Tuesday following auction weekend. All firearms are shipped in house.
Location
Missoula, MT
Details
Auction Details
Catalog
View Catalog (1089 Lots)
Single Page

No bids found for this item

In the case of a tie bid, precedence is given to the earliest bid

Your Max Your Bid

Your Max Your Bid

Your Max Your Bid
Click to add notes.
Notes saved

Get a Shipping Quote
Shipping

Email Privacy Policy We have created this email privacy policy to demonstrate our firm commitment to your privacy and the protection of your information. Why did you receive an email from us? If you received a mailing from us, (a) your email address is either listed with us as someone who has expressly shared this address for the purpose of receiving information in the future ("opt-in"), or (b) you have registered or purchased or otherwise have an existing relationship with us. We respect your time and attention by controlling the frequency of our mailings. How we protect your privacy We use security measures to protect against the loss, misuse and alteration of data used by our system. Sharing and Usage We will never share, sell, or rent individual personal information with anyone without your advance permission or unless ordered by a court of law. Information submitted to us is only available to employees managing this information for purposes of contacting you or sending you emails based on your request for information and to contracted service providers for purposes of providing services relating to our communications with you.

The email address {0} has been subscribed to the email list.

Oops, there was a problem.

I was unable to add your email address to the email list. Please check your address and try again.

Oops, there was a problem.